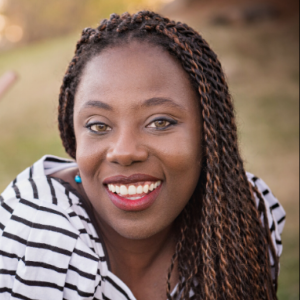 The Move That Changed My Life

I’ve had many pivotal moments in my life, and one of them is represented by the picture below.

Just a year before this picture was taken, I had faced a fork in the road.

At the time, I no longer wanted to live where I was.

I felt stuck, unmotivated, ugly, boring, and unwanted. A considerable part of those feelings was because of my environment.

At the time, I was single, and people constantly made comments (not meaning to be unkind) about my features that were different from those around me. I did not meet my environment’s idea of beauty or girlfriend, for the most part. And I often felt like there was something wrong with me for not being married yet (even though I was still in my twenties).

I started to believe them. And I began to live small, not just in my dating life, but in other areas of my life.

I was also dealing with understanding who I was versus who I needed to be for people to consider me a good, helpful, and competent person.

I had lived where I was, on and off, for five years. And every year, I felt worst and worst.

The hard part was that most people around me said it was a great place to live. That it was a great, beautiful, and optimistic environment.

I became convinced that the problem was in my head. And that I was the only issue in the equation.

Plus, I lived near my family, which I loved. I regularly got to spend time with my niece, who was one of my favorite people.

Why couldn’t I just be happy with where I was?!

I felt so much frustration. And I felt lost.

Why couldn’t I just be happy with where I was?!

I felt so much frustration. And I felt lost.

Then an opportunity came to start a new job in another city that was only one hour away.

I felt excited…and scared. I was riddled with doubts.

Where I lived was not perfect, but there were so many good things about it. The biggest being my family. Except for moments when I traveled (local & internationally), I had never lived that far away from some kind of family member.

If I moved, that would not ensure that I felt any happier. Especially if the problem was with me.

Everyone in my life had an opinion about what I should do. But the majority felt like I should stay where I was and work on my attitude (which I had tried to work on for years).

But in the end, I made what I considered a scary decision. I decided to go with my intuition, not take the advice of my loved ones, and move.

And that move changed my life.

I found myself in a new job, new environment, and with new roommates. Where all those things great?

I couldn’t STAND my new job. And although I loved my new roommates, my landlord caused a lot of drama and stress.

But being in a new environment was exactly what I needed to change my perspectives and change my mindset on quite a lot of things.

While sometimes you have to change your mindset before you create new change, I think a change of environment is necessary to lead to a shift in perspective.

It was enlightening to observe different ways people lived and acted to decide how I felt about it without judgment. My roommates and new friends were very open-minded.

I started to question my beliefs and my excuses (in a good way). I was able to step back and form my own opinions about life, myself, and what I wanted out of it.

NOT EASY. But liberating.

And it was there, living and making friends with people who were focused on personal growth, that I began to more fully understand that my growth, personality, happiness, and talents were not stagnant. Or at least did not need to be.

I had been on my new personal growth journey for 4 or 6 months in the picture I mentioned. I felt so much happier. I felt liberated. And I felt more able to be who I wanted to be than I have ever felt before.

I am where I am and who I am today because I didn’t shy away from a much-needed change years ago. I did not let fear or discomfort stop me and made a simple move an hour away from where I was living.

Want help navigating any change you are experiencing? Download a FREE guide to help you on your journey.